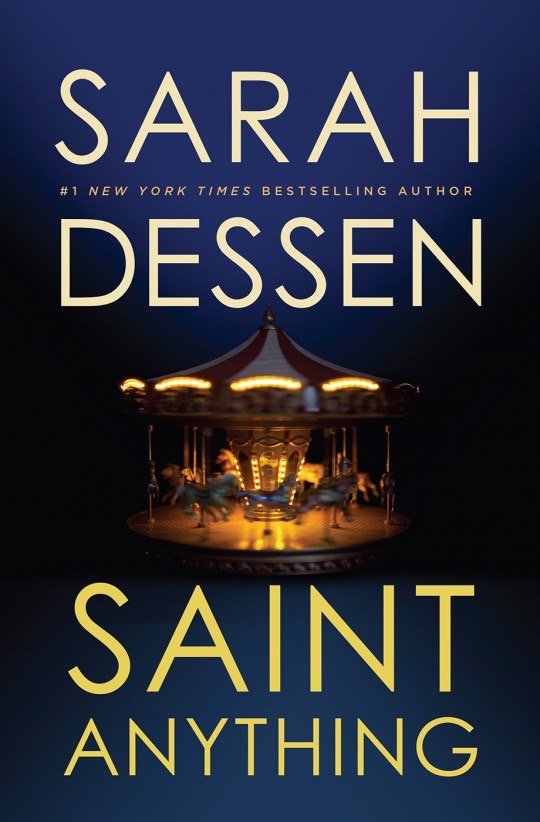 This is the third book by Sarah Dessen that I have ever read and it is by far my favourite.

Sydney’s lived a pretty normal life; good friends, nice school and cool brother, until one day when her ‘cool’ brother gets behind the wheel after drinking and paralyzes a kid on a bike. After this, everything changed. With her brother in prison, and the guilt of what he has done eating her up, Sydney needs a change. So she switches schools and makes some new friends but she can never escape from the shadow of her big brother, her guilt, her controlling mother and her brother’s creepy friend Ames. Filled with pain and love, this story is sure to grab you from the first page.

Sarah has a way of writing that I have never experienced with another author before. Her stories are so realistic that I feel like I am the one living it. She tends to always have a darker subject within her books, whether it’s DUI, sexual assault, drug abuse or an eating disorder, but it’s always tasteful and never done inappropriately.

Dessen writes wonderful plots. They aren’t cliff hangers, hanging on the edge of your seat type of plots. It they are beautiful, soulful and tear-jerking. However, even better than her plots are her characters. Dessen writes her characters in a way that makes them real. You become so emotionally invested in these characters you can’t help rooting for them. The writing style is very easy to read and the stories never drag on.

[SPOILERS] when she got caught and her mother punished her like ten fold I was so frustrated! Her parents never listen to her, it’s always about Peyton which I really hated! She didn’t even feel like she could tell her mother about that pervert Ames! Like what kind of mother are you that your daughter can’t trust you enough to tell you that a guy is creeping her out. And don’t even get me started on her father… Like hello, stand up for what you are thinking. You can’t just agree with your wife when she is wrong… Such a pansy! Okay… Now that I got that off my chest😅

I had a feeling that Layla still liked Eric especially after the woods scene where he fell asleep. And obviously he still liked her. I am disappointed that it took them so long to realize that thought. [SPOILERS]

I loved Mac right off the bat. He had this air about him that I really liked. He was kind, smart and he was attractive but he didn’t act like he knew that. Even when he didn’t seem like it, he was always listening. Always ready to ask if Layla or Sydney was okay or if they needed something. I think because he is the only son and because of his mothers illness there is a certain maturity to him that most teenager don’t have which is why Sydney is perfect for him.

I also love the title reference in the book. I think it worked really nicely.

Finally, I recommend this book to any Sarah Dessen lovers, any contemporary lovers and anyone who wants to cry tears of sadness, happiness and frustration at the same time.